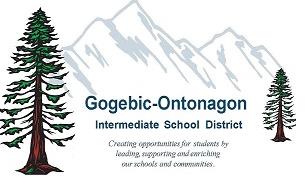 The Gogebic-Ontonagon Intermediate School District (GOISD) is composed of six K-12 school districts in Gogebic and Ontonagon Counties in the Upper Peninsula of Michigan directly above the Wisconsin border. From east to west, these districts are: Watersmeet, Ontonagon, Ewen-Trout Creek, Wakefield-Marenisco, Bessemer and Ironwood. Leveraging the success of the Wisconsin Fab Lab Initiative (below) each district is in the process of implementing a Fab Lab Program under NWBEDC Founder Don Sidlowski’s guidance. Each “program” consists of A) maker space with the latest techical equipment, furniture and graphics; B) STEAM (Science, Technology, Engineering, Art, Math) based curriculum and project offerings; C) integration of the Engineering Design Process into the existing K-12 curriculum, and: D) implementation of the 4 Cs (critical thinking, collaboration, cooperation, communication) into all aspects of student learning. This is a long-term project, consisting of an 18-month planning, justification and installation phase followed by another 18 months of training, implementation and sustaining.
The Wisconsin Fab Lab Initiative

NWBEDC Founder Don Sidlowski is singularly responsible for Wisconsin becoming the undisputed leader in K-12 Fab Labs in the United States. In 2013, Don began spearheading an initiative to establish a MIT-chartered Fab Lab in a K-12 school district in each of the eight Grow North counties in upper N.E. Wisconsin by the end of 2016. This pilot project was intended to demonstrate that if the most rural and poorest counties in Wisconsin could adopt such a cutting-edge educational concept, then the rest of the state could follow. The first Lab on his list opened in Sep 2014 in the Three Lakes School District (Oneida), at the time only the sixth Fab Lab in all of Wisconsin and the first K-12 in the state. In Sep 2015, the Florence County School District opened its Lab. The boards of education in Rhinelander (Oneida, the first county in Wisconsin with two K-12 labs), Antigo (Langlade), Northland Pines (Vilas), Marinette and others quickly followed suit. Encouraged by the rapid acceptance in these rural counties, in 2015 Don drafted legislation that was passed and put into the last State biennial budget establishing a Fab Lab Match Grant Program by which school districts can purchase capital equipment for their Labs. Since then, the board of education for some two hundred public K-12 school districts statewide (representing more than half the K-12 districts) have adopted formal resolutions to open a Fab Lab with attendant STEAM curriculum. This makes Wisconsin the undisputed leader, with more K-12 Fab Labs than the other 49 states combined. In the current biennium 2018-19, Don authored new legislation to provide curriculum development, in-school coaching and teacher training for award applicants and recipients alike which was passed into law in June of 2017.
PSC – Wisconsin’s Playbook for Broadband Progress 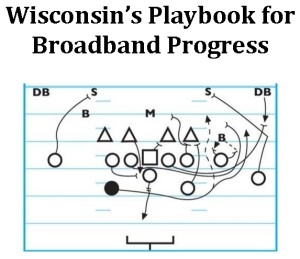 NWBEDC Founder Don Sidlowski served as one of a small number of experts in the field who were invited to serve as co-authors of this playbook. Broadband is a quintessential modern communication media and among the most essential infrastructures of our time. This Playbook provides specific actionable initiatives (plays) to expand broadband availability, adoption and application throughout the state. The proposed initiatives included herein were compiled by proven approaches conveyed by Wisconsin’s provider community, business, governmental and citizen leadership. The Public Service Commission of Wisconsin and LinkWISCONSIN express their appreciation to the individuals who took time from their busy schedules to contribute the ideas that make up this Playbook.
LinkWISCONSIN Region 2 Broadband Investment Plan 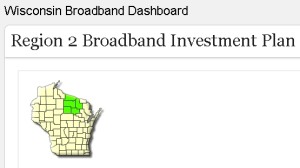 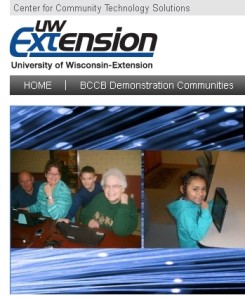 NWBEDC Founder Don Sidlowski was commisioned by the University of Wisconsin – Extension Center for Community Technology Solutions to author a white paper on Building Community Broadband Subscribership. Published by UWEX in 2012, the guide is based on the “Three Lakes Model” which Don developed while serving as Three Lakes Town Chairman and chairman of the economic development committee. It is a six-step “how to” guide for communities wishing to expand broadband expansion and adoption.